why soothing my torn up throat with hot soup feels like a day late and a dollar short...

two weeks ago this wednesday i came down with what i've been calling the octopus ailment.

i got sick in my throat with what felt like and continues to feel like an octopus has clamped itself to my throat and it's holding on for dear life. there are some theories that suggest all illness is rooted in an energetic misdirection or malfunction... that our bodies become ill because "a," "b," or "c" has not been sufficiently "dealt with." i'm not sure what all of the intricacies and nuances of this theory involve but i have turned this idea over many times in the last few years as i acclimated to the needs of what i'll refer to as an allergy. the only reason i mention this is that in my search for a "cure" to said allergy i have come to the conclusion that modern/western medicine is fairly useless in some regards.

so. this octopus has me thinking: do i go to the doctor? do i ride it out? is there a median in here somewhere? when do i get my quiet, sleepy nights back? it sucks to feel impatient with my body.

i might think that not expressing myself has drawn me into the octopus' clench... i have said to my body once if not a hundred times, i hear you, i got the message, can i have my health back please? but it seems that my body hasn't gotten my memo yet.
Posted by conniewonnie13 at 6:45 PM 2 comments:

Perfect when you're feelin' blue:

FMyLife. It does a body good.

"Today, I noticed a cute girl in the checkout lane in the store. Feeling a little flirtatious, I decided to blow a bubble with my gum to get her attention. I accidentally shot the gum out of my mouth onto the guy next to me, spitting all over myself in the process."

"Today, I was walking down the street when I heard a loud splashing noise to my right. I looked over only to see a woman not squatting but bending over, spreading her cheeks, peeing a horse-sized amount of pee. I can't un-see this."

"Today, I got into a fight with the dryer over a plastic toy car. My hand is bleeding and numb, three of my nails are broken and I have a bruise on my chin. The plastic car is still stuck in the now broken dryer."
Posted by conniewonnie13 at 5:31 PM 1 comment:

i really dislike waking in tears.

dreams can be so real, such complete versions of a heart life that it seems like there can be no sincere return home... as if an essential part of myself has tangled with the underworld, the id, the bog, the sloth brain and after that things just aren't quite right.

i woke once, having dreamed of my beautiful newborn daughter, her head covered in thick black hair. she had blue eyes. she was warm in my arms, i could feel her body move against me... her name was olivia. my love for her was fierce and deep and as real as i am now, as real as anything i could know. waking up, my arms still held the shape of her as if she were still cradled at my chest. the ache, the longing, the grief i knew in that moment was near unbearable.

i dreamed once of a friend many months after her death. somehow having returned from the dead, she was in the hospital, disoriented and tired, but quite alive. when i hugged her i could smell her perfume, feel her bird bones and her warm skin... she laughed into my neck as we held each other for a bit. it was so nice. but what a cruel dream.

lately i have been dreaming and am quite aware i am dreaming; i've been telling my dream self to remember this or bring that back or pointing out one thing or other.

a few nights ago i had a dream about a man who was my husband many lives ago; he was awful and abusive. as i watched him do things i'm not going to write here it was as if i stood outside my dream self, observing. i said to my self, you know who this man is. i looked at him while he tried to claim what was best in me and shouted at him, 'i know who you are! i know you!'

this morning i dreamed i was walking through the snowy night into the morning with a friend, talking some things out... she was getting ahead of me. i had fallen behind because i was bent double, sobbing into the glaring sun on the snow. i woke up this morning clutching my pillow.

it's strange to wake up like this. as the dream dissolves and i start the return to 'consciousness' i can feel it coming up from my stomach, up my throat... sometimes i know what's happening and the sob is caught in the cave of my mouth and my eyes burn with the effort to stop it from hurting so much.
Posted by conniewonnie13 at 7:59 AM 3 comments:

I love that the "answer" is nowhere in the song. 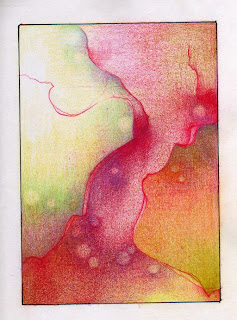 Posted by conniewonnie13 at 6:25 PM No comments:

Part One: 10 Months After The Glance 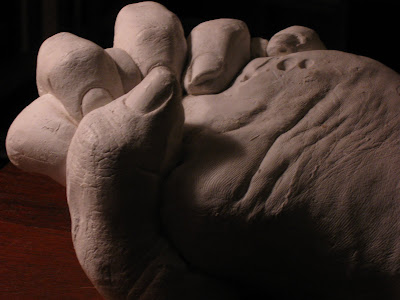 I thought it was a week ago but it turns out it's been three weeks since I posted My Home Is My Art: Meditations On The Second House. I tend to do this thing where I post some archaic blurb about something or other or post some random photo and not say anything about why I put it there.... But after a day like today I realize that I have so much going on, which I suck at giving myself credit for (example: a friend says, hi how are you ? what's new? i say, oh fine. not much.), that I don't even know where to start!

On the full moon in February (28th) I decided to unload a massive family secret into the trusting arms of two very good friends (thanks again btw!) and ever since that night I have had crazy vivid, lucid dreams, some pretty high highs and low lows. It sort of feels like the massive garage sale I had a few years ago when I sold two-thirds of the contents of my apartment in a move I hoped, to quote Brother Ali, "... push a whole heap o' hell outta my house." Afterward I sat in my echoing living room eating ice cream with friends and felt the panic rise in me: what the fuck did I just do? I let go of some serious crap that's what I did! The February full moon was no different. I just unloaded a different kind of heap.

Anyway. After I spilled this secret I had two dreams - both of which were about hostage situations. In both dreams a man/boy/fellow hostage held his hands out to me and in his palms materialize weapons.

In the first dream it was a teenage boy who held a switchblade - he used it to turn the lock to the closet we were stuck in. After turning the lock he looks me straight in the face and says, "You've held this in your mind the entire time." In dream time I knew he was referring to the knife. The second dream, which involved many more people and children, an older male faced me in a dark hallway. Things were quite intense at this point, we were all feeling desperate and had glimpsed a chance at liberation... He and I were arguing in whispers trying to decide what to do next as it was clear the time to act was now. He looks me straight in the face, holds both hands out, palms upward. As I look at his hands I see two small guns appear. They are finely crafted, about the size and weight of apples, one is clear and reveals its mechanical guts; the other is white, like a milkstone or an ivory or maybe even plastic. I am amazed to see them there. He seems to have been expecting them. He says to me, "You've had these the entire time."

Neither dream culminates in violence. In fact after each man says nearly the same thing, I wake up.

I think this is rad.

Last May I set a course for "What Do I Want To Do With The Rest Of My Life?" and here's the update:

I realize now that it was never that I didn't know what to do, it's that I want to do it ALL. This is what I was noodling on when I posted that half post on the 17th: I can leave my apartment and move in with a friend, lick my wounds and make some cash. And find myself in the same place a year later?

Turns out I don't need to leave my apartment. This apartment represents the first house and the second house. All this esoteric mumbo-jumbo (which I dig btw) is all about freeing my mind. If I am to take responsibility for my own happiness - I mean REALLY take responsibility for it - what purpose is served in running away? Though it would be fun to stay with said friend does it mean that I'll have less of a need to provide for myself? I read that passage from Soulcraft three years ago and have been chewing on it all this time and now I feel that I finally understand it.

I ain't movin'. It was never about moving... it was about maturity. YO LA TENGO!!

I have spun into a thousand directions in this post but who cares? If you have questions, ask 'em. I'm done keeping this blog 'clean' and 'artistic' and 'interesting.' Fuck it. This is it.
Posted by conniewonnie13 at 4:35 PM 3 comments:

Labels: decisions based on faith not fear, dreams, ranting and raving

Thanks to blackbeans31 for hoppin' on board Reverent Strange.

I dig the blogs you're following, especially Tell 'Em Why You Mad Son.
Posted by conniewonnie13 at 4:35 PM No comments:

Art Will Save Us: How Will It Save Us? 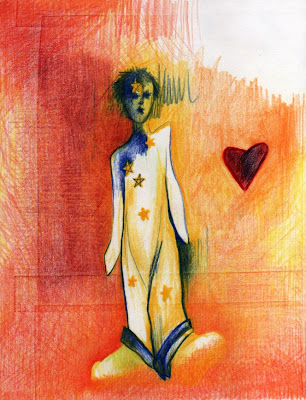 February 2003, from the pink journal, drawing at work when i should have been working?
Posted by conniewonnie13 at 8:57 PM No comments:

July 2007, from my sketchbook after a night of doodling. she has a story and a twin who has not yet appeared to me. perhaps we will see her this summer...
Posted by conniewonnie13 at 8:46 PM No comments: