My Faveorite Picture of Shelley 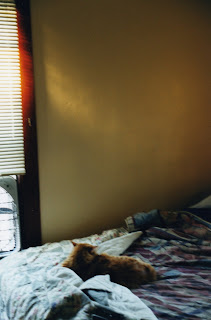 If you look closely you can see that Shelley's ears are twitched backward, that's because he heard me taking the photo... God, he was a great cat. In every apartment we ever lived in, he would sleep in the bathroom sink. When I did the dishes he'd curl up on my feet and meow at me. When I came home from wherever I might have been he ran to meet me at the door. The color of his fur brought tears to my eyes because he was so handsome and orange. When he was a kitten he would lay on my chest, put his head beneath my chin and purr, purr, purr. I loved him, I love him still, with my whole heart. A few nights ago I dreamed he was with me in the yard of my apartment where I live now. I said to him, I am glad you are still with me.

Posted by conniewonnie13 at 7:00 PM No comments:

up into the silence the green

-ee cummings
Posted by conniewonnie13 at 6:26 PM No comments:

Everyday Is A Reenactment Of The Creation Story 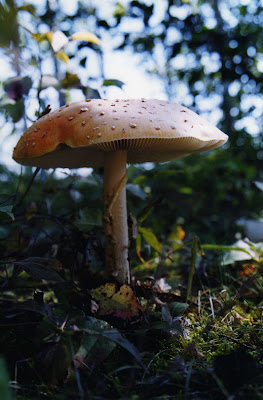 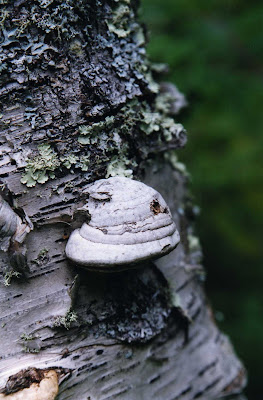 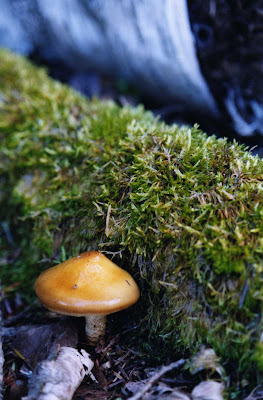 Posted by conniewonnie13 at 4:15 PM No comments:

My House Is The Red Earth

My house is the red earth. It could be the center of the world. I've heard New York, Tokyo or Paris called the center of the world, but I say it is magnificently humble. You could drive by and miss it. Radio waves can obscure it. Words cannot construct it for there are some sounds left to sacred wordless form.

For instance, that fool crow picking through trash near the corral, understands the center of the world as greasy scraps of fat. Just ask him. He doesn't have to say that the earth has turned scarlet through fierce belief, after centuries of heartbreak and laughter.

Don't bother the earth spirit who lives here. She is working on a story. It is the oldest story in the world and it is delicate, changing. If she sees you watching she'll invite you in for coffee, give you warm bread and you will be obligated to stay and listen.

But this is no ordinary story. You will have to endure earthquakes, lightning, the deaths of all those you love, the most blinding beauty. It is a story so compelling you may never want to leave. This is how she traps you.

See that stone finger over there? That is the only one who ever escaped.
Posted by conniewonnie13 at 4:01 PM No comments: