Found, from Digging In 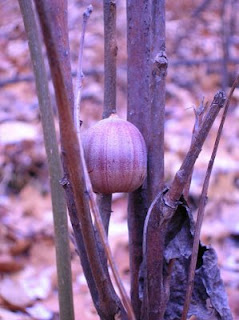 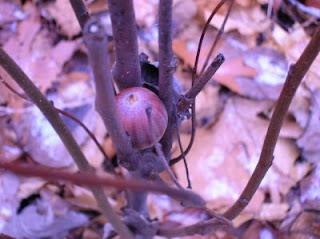 Grade School, Larry and Me 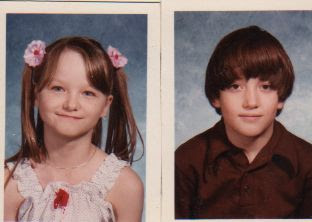 A few days ago Al asked me a simple, direct question about these pictures and it was all I could do to muster an answer without crying. She asked me why I posted these two particular photos of me and my brother since I never seem to put anything on this blog without an equally particular reason whether or not I choose to write about it. The brevity of my answer has been heavily on my mind. It's relatively easy to give voice to an aspect of this, or any relationship, but what's been on my mind is a persistent feeling of estrangement.

We were together most of our childhood which would seem obvious to anyone who's family has never been separated by divorce and craziness. (I didn't meet my older brother until I was about 9; he was someone I knew about and even named my goldfish after, but not someone who was part of my family.) It was always Larry and me no matter what was going on around us. We were buds.

It's not that we were inseparable but we definitely had some good times together. Dang! We'd get the giggles like no one else I've ever had the pleasure of giggling with. I always felt his little-ness and I was fiercely protective of him. The year these pictures were taken I punched a kid twice our size who'd been bullying Larry. Can you imagine what that kid looked like after I walloped him? I'm sure scrappy little me left quite a mark!

Even though we grew to be very different people I've always felt that we were close, until recently. I haven't really seen much of him or my older brother in the last few years although distance doesn't have to mean estrangement. The last time I saw Larry, which was briefly this summer, he spouted all this mumbo at me about my supposed feelings towards him, how I judge him to be a bad person, a bad father and that my living in Minnesota is an abandonment of him. Nothing I said to the contrary seemed to make any difference.

Mostly I think he was trying to tell me that he misses me and he wishes we would talk more and doesn't really know how I feel about him. What hurt me was what he said about my living in Minnesota as I'd decided years ago that if the distance between Minnesota (or anywhere) and Chicagoland equated the abandonment of my family then I would need to redefine what it meant to live my own authentic life. If I'd made peace with my decision why should his words have hurt me?

After thinking about this for a few days I realize that some part of me does feel that I've left him.
Posted by conniewonnie13 at 9:43 PM 4 comments:

Now I've heard there was a secret chord
That David played, and it pleased the Lord
But you don't really care for music now, do you?
It goes like this
The fourth, the fifth
The minor fall, the major lift
The baffled king composing Hallelujah

Your faith was strong but you needed proof
You saw her bathing on the roof
Her beauty and the moonlight overthrew you
She tied you to a kitchen chair, and she cut your hair
And from your lips she drew the Hallelujah

Well, maybe there's a God above
But all I've ever learned from love
Was how to shoot somebody who outdrew you
It''s not a cry that you hear at night
It's not somebody who's seen the light
It's a cold and it's a broken Hallelujah

We Must Call A Meeting

by Joy Harjo
I am fragile, a piece of pottery smoked from fire
made of dung,
the design drawn from nightmares. I am an arrow, painted
with lightning
to seek the way to the name of the enemy,
but the arrow has now created
its own language
It is a language of lizards and storms, and we have
begun to hold conversations
long into the night.
I forget to eat.
I don't work. My children are hungry and the animals who live
in the back yard are starving.
I begin to draw maps of stars.
The spirits of old and new ancestors perch on my shoulders.
I make prayers of clear stone
of feathers from birds
who live closest to the gods.
The voice of the stone is born
of a meeting of yellow birds
who circle the ashes of smoldering volcano.
The feathers sweep the prayers up
and away.
I, too, try to fly but get caught in the crossfire of signals
and my spirit drops back down to earth.
I am lost; I am looking for you
who can help me walk this thin line between the breathing
and the dead.
You are the curled serpent in the pottery of nightmares.
You are the dreaming animal who paces back and forth in my head.
We must call a meeting.
Give me back my language and build a house
inside it.
A house of madness.
A house for the dead who are not dead.
And the spiral of the sky above it.
And the sun
and the moon.
And the stars to guide us called promise.
Posted by conniewonnie13 at 1:49 PM 2 comments: